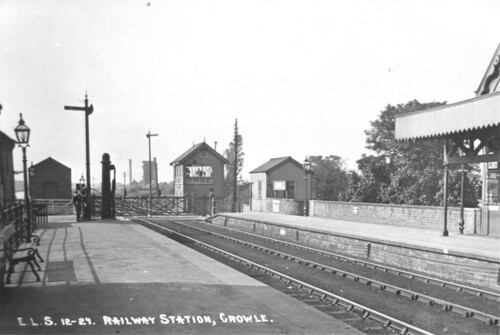 Crowle still has its own Railway Station, though this is actually in Ealand, about a mile to the south of Crowle. The station is located on the Doncaster to Cleethorpes Railway line.

At one time there was another railway line that ran North-South through the centre of Crowle. This was the Isle of Axholme Light railway and ran from Haxey Junction in the South to Goole in the north.
The line opened in 1904. Passenger services ceased in 1933 and the axe finally fell on the railway as a whole in the 1960s.

The first sod was cut on 22nd September 1898 by Mr William Halkon, the chairman at Mr Bramhill’s farm, Boltgate, Eastoft. 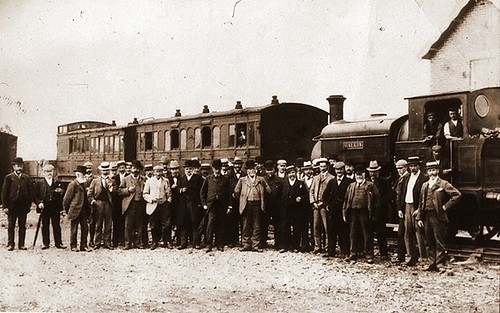 The joint railway opened part of the system to passenger and goods traffic on 10th August 1903 – this included the Station at Crowle and trains ran between Goole and Crowle.

The line from Crowle to Haxey Junction was opened to goods traffic on 14th November 1904. Monday 2nd January 1905 was the official opening day. Large numbers of people wer carried by the first train from Goole at 7.18am.

The line was closed to passengers on July 17th, 1933. As there was no Sunday service the last train ran on July 15. The section from Haxey Junction to Epworth was closed completely on February 1st 1956. 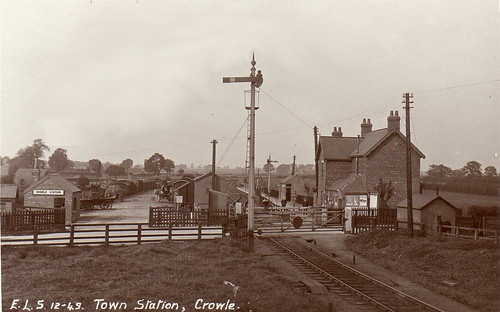 The Axholme Joint Railway was finally closed on 5th April 1965. The line from Marshland Junction to Ealand however continued to be operated as a ‘long siding’ until 1972 – This was to enable the CEGB to use the line to take equipment away for maintence from Keadby Power Station.

The last Rail Tour to run on the railway was a 4 car DMU chartered by North Axholme School on the 1st April 1965.

There is an excellent book published by the Oakwood Press.

AXHOLME JOINT RAILWAY including THE GOOLE & MARSHLAND LIGHT RAILWAY and THE ISLE OF AXHOLME LIGHT RAILWAY
by C.W. Judge
A fascinating railway running through a sparsely populated area. The line ran from just south of Goole to Haxey on the Doncaster-Lincoln route, via Reedness and Epworth, with branches to Fockerby and Hatfield Moor. Although the passenger service ceased in 1933, freight services survived into the 1960s. 288 pages of art paper, 198 photographs/ plans etc. A5 format, casebound with gold-blocked spine and 3-colour glossy dust jacket.