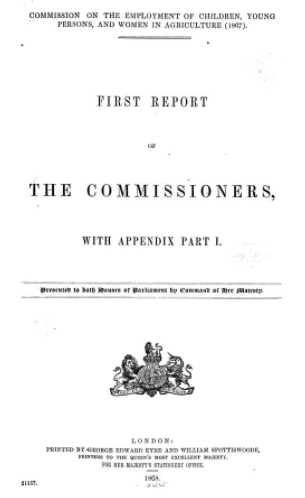 COMMISSION ON THE EMPLOYMENT OF CHILDREN, YOUNG PERSONS, AND WOMEN IN AGRICULTURE (1867).

PAGE 294 CROWLE.Population 2,648. Mr. John Brunyee, overseer .”The women and children are the masters here ; and they won’t work without high wages. The children can find employ- ment all the year in the fields, and there is a flax mill besides. They don’t work before 10, except in harvest. They often work 10, 20, or even 50 together in pulling ” line ” […]

The Protestation Returns are the closest record we have to a census from 1642. If you can trace your ancestors back to 1642, and you know which county and parish they lived in, it may be worth looking to see if their names are in the Protestation Returns. By order of the House of Commons, all adult men were asked to swear an oath of […]

George Stovin, the antiquarian, was born in 1695, the son of James Stovin of Tetley Hall. According to Hunter’s History of South Yorkshire, he married Sarah, daughter and heiress of Mr James Empson, of Goole, in 1717 and shortly later came to live in Crowle, building a small house for himself, which from his being already a magistrate was called ” Justice Hall.” Over the […]

Advert in the Crowle Advertiser 1912

Advert in the Crowle Advertiser 17 February 1912. I wonder what protection there was to prevent them entering the food chain?