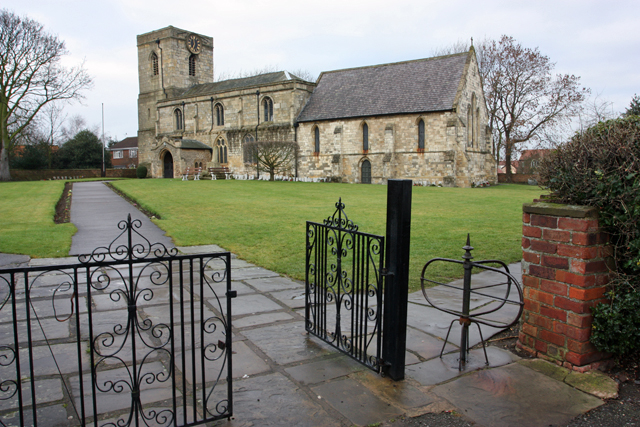 There was a church in Crowle at the time of the Domesday survey in 1066.

It is likely that this structure was was a simple wooden structure with a rush roof.

Geoffrey de Wirce, who was the first Norman Lord of the Isle of Axholme gave a quantity of land in Crowle to the Abbey of Saint Germains at Selby.

The original stone church was built around 1100AD. This comprised a one storey nave with a door at the west end and a small chancel at the east end.

Subsequently the building was enlarged by the addition of a bell tower and the construction of a clerestory and north aisle. A new entrance was made in the south wall and set within a Norman archway. 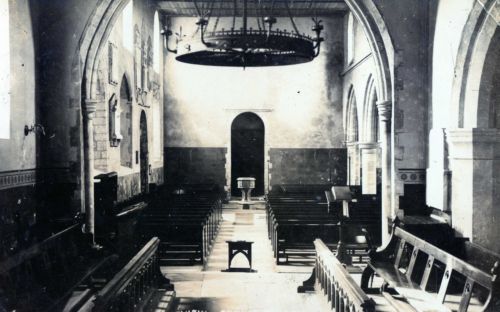 Interior view of church looking from Chancel to Nave.

Throughout the Middle Ages the church had few alterations, although the windows were remodelled in the fifteenth century.

In 1792 the north aisle was pulled down and rebuilt with a gallery extending to the west end.

The chancel was rebuilt in 1856 and in1884 a complete restoration of the church took place leaving the church much as it looks today.