Before 1894 Crowle like other small towns and villages had a Vestry committee to manage their local affairs.

In addition, to parochial activities, such as electing church wardens the Vestry committee, which met in the vestry of the church, also carried out many of the functions we now see performed by local government.

Vestry committees were not set up by a particular statute and had evolved over time to meet the needs of their particular locality. In Crowle the vestry committee would elect on an annual basis the following officials;

– 20 persons to serve the office of constable

The high point of Vestry Committee powers was early 19th Century however as this past more and more of their powers were lost through the formation of boards responsible for particular activities set up by various acts of Parliament including;

Crowle Urban District Council (1894-1936), was subsumed into the Isle of Axholme Rural District
Council in 1936 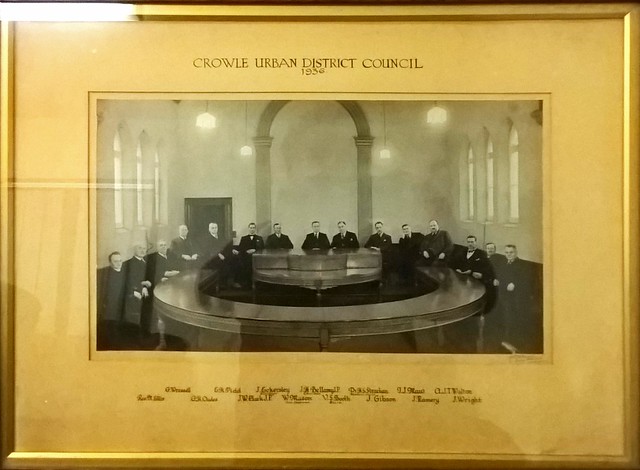 Isle of Axholme Rural District Council (1936-74), this was superseded in 1974 after local government reorganisation that saw the formation of Humberside and Boothferry District Council.

North Lincolnshire Unitary Authority (1996-) – A unitary authority carries out the activities of both a local district council and a county council.

Crowle Parish Council, (1936- 74) In 1936 upon the abolition of the Crowle UDC a local Parish Council was formed. This was chaired by a Chairman

Crowle Town Council, (1974-) With the local government reorganisation in 1974 parish councils received strengthened powers and the opportunity to re-name themselves Parish or Town Councils and the latter was chosen for Crowle. The newly formed Town Council also took the opportunity to rename the Chairman as Town Mayor, a post first held by Alf Hill. Fundraising events were held to enable the purchase of the mayoral badge and chain of office. The new badge and chain of office were presented by Dick Spivey to the Mayor at a ceremony on April 8th 1975. 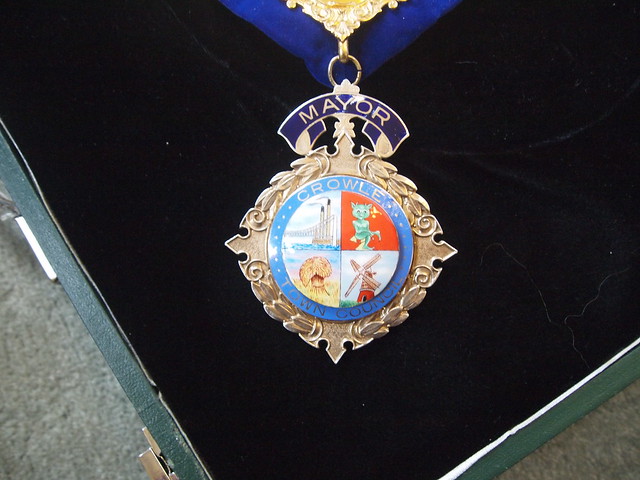 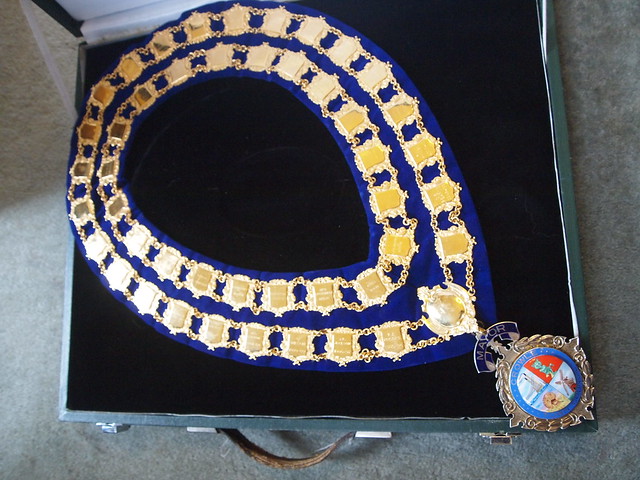 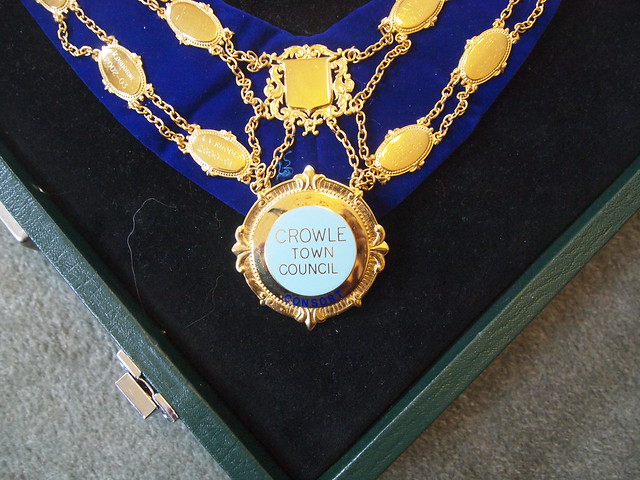