In front of the house at Crowle Grange there is an inscription dating from the end of the Second World War from when the concrete apron was laid. 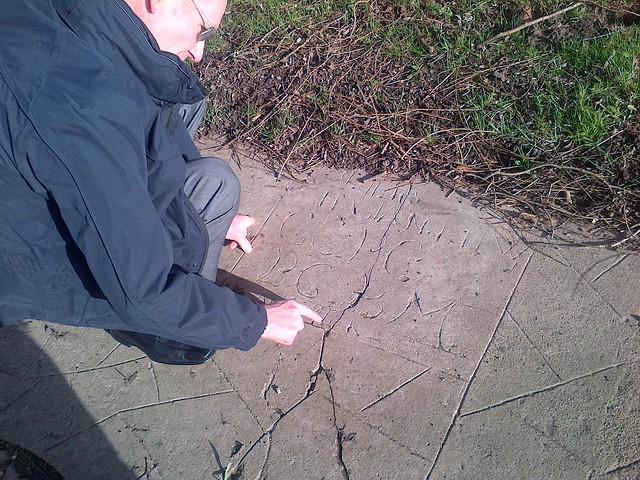 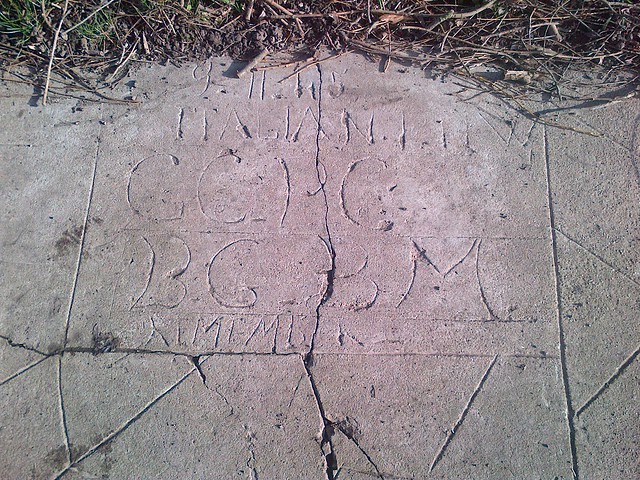 The POW camp in Crowle was located on Mill Road, approximately where Wyvern Close is now located. During the war it housed Italian POWs. The huts were apparently still in situ as late as the 1960s.

John provided some further information as one of the POWs contacted his father after the war;

I have found the letter from from one of the prisoners, which he sent to my father in 1949. It reads as follows:

I write you for letting you know about my health and of my family, as I would like to know about you and your family.

My dear Mr J. Son I write you also for telling you that I wanted to go back to your farm, for doing a little of work as you like.

If you like that I will come back to England to Crowle, you must do the possible for doing the act of calling me there, so I prepare everything is necessary, about cards and so I can come. I wish very much to see you.

I think that you will be so kind to answer me, and let me know everything.

My best wishes to you and to your wife.

Your
Gino
the prisoner

I regret to say that my father did not reply to the letter, as he already had quite enough men on the farm and did not need Gino’s help, though he did sometimes tell us about Gino and what a good fellow he was. Apparently he was a very good plasterer and builder. The Italian POWs were pleased to be out of the war, and had no wish to escape back to Mussolini’s Italy. In our collection of family photos we have a postcard of Mussolini, bravely steering a ship in a storm. I don’t think he is on our family tree, so I wonder if the postcard might have been given to Dad  by one of the POWs? Knowing what Dad thought of old Mussolini, I am surprised he kept it! I went to Sorrento on holiday a couple of years ago, and with hindsight would have been interested to visit nearby Salerno and find the address. I expect Gino must be dead by now, but I wonder if any of his family are still there?