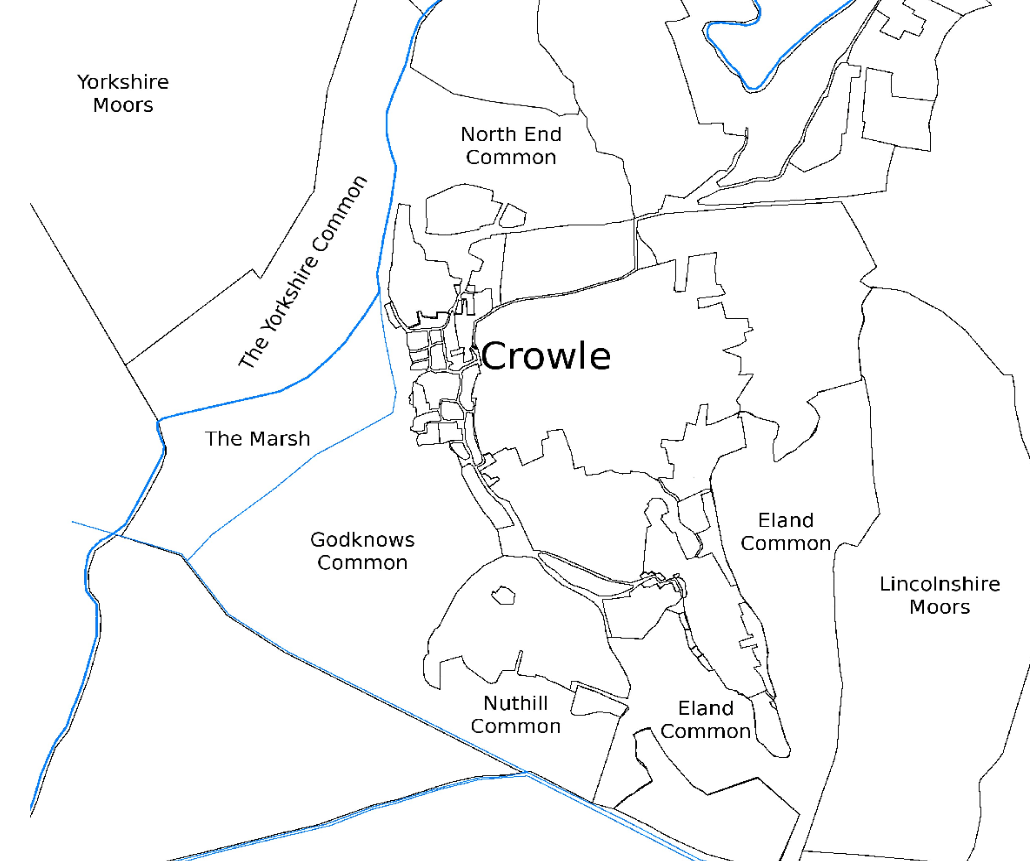 Crowle Commons on the 1738 Manorial Plan

The enclosure of the open fields and commons at the beginning of the 19th century brought about a significant change to the map of Crowle and Ealand,

The 1738 manorial plan and survey gives a superb insight into the layout of the open fields and commons in the area.

Immediately surrounding the open fields and enclosures of Crowle there were a total of 5 commons;

Yorkshire Common, North End Common, Marsh Common, Godknows Common & Nuthill Common, were known as Cow Commons or Stinted Commons. This meant that they could only be stocked by those people inhabiting houses that had Right of Common.

The Stint, or Common Right is described in the 1739 survey as follows:-

Each messuage or cottage that hath Common Right, to stock and feed on the said stinted commons, from the first day of May till Michaelmas, Five Cows, and four Yearling Calves, Six Horses or mares, and three yearling Colts, and from Michaelmas till Lady Day, the said Commons are Commons at large, and are stocked with sheep or other catell without stint, and then laid up till Lady Day aforesaid.

The Small Tenements or Cottages on the waste are indulged with the feeding of two cows to each house, if they can buy them but are not allowed to take in any beasts nor is any of the others to feed any other catell than their own. No one is allowed to let his right of common to another.

Eland common and the moors, are not stinted but are commons at Large.