The brewery was located beside the railway to the west of Crowle Wharf. It had its own railway siding. The site is now occupied by the food processing company Canley Packers.

The Brewery was constructed in 1878.

In preparation for the Auction in June a valuation of the Brewery and its other properties was carried out by Hebblethwaite & Son, Land Agents of Hull. The paper relating to this valuation are now in the Hull History Centre and can be seen here; This includes an estimate of the costs for building the Brewery.

At that time the company owned the following 16 pubs;

All the pubs with the exception of the Ellers Tavern were bought between 1876 and 1878.

The Property of Mr Robinson and not included in Brewery Assets

Notes by the valuer include a summary of Brewery turnover which had significantly fallen off between 1879 (£8,900) and 1883 (£4,054). This was put down to “The inferior brewings and the disputes between the partners account for the falling off of the trade in the latter years “ 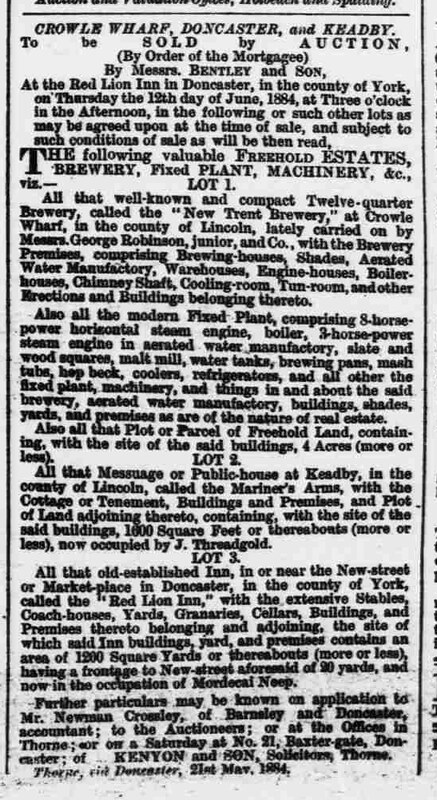 1898 – Thomas Dymond died, after which the brewery was run by his executors until 1900 when it was taken over by John Dymond, his son.

New Tent Brewery Company Ltd registered in 1911 to acquire the business carried on by John Dymond. Closed for financial reasons in 1915.

1916 the Barnsley Brewery Company took over the lease of the New Trent Brewery Company of Crowle and their 36 licensed houses and in 1918, took full control of the Company.

1918 Property commandeered as a “Flax Factory” by the Ministry of Supply. However by 1925 the assets of Flax Cultivation, Ltd were being sold off including the site at Crowle which was sold to Mr R Thomas.

1951 – New Trent Brewery in administration – I suspect this was in order to wind the company up. 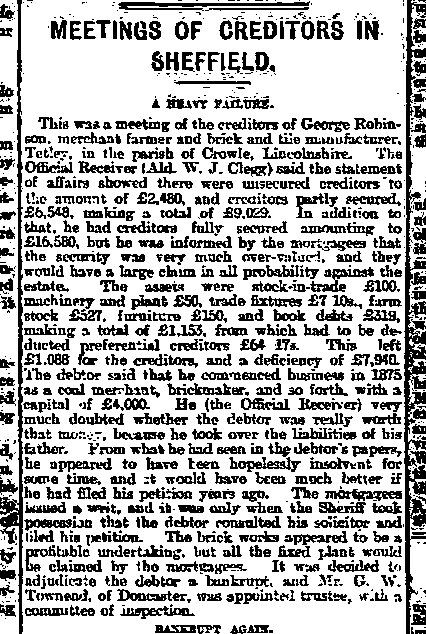