In order for the Axholme Joint Railway to cross the Stainforth and Keadby Canal it was necessary for the railway company to construct a swing bridge as the Humber Keel Barges that plyed the canal had very tall sails.

The bridge was completed in 1905 and was powered by 20hp Crossley diesel oil engine, though could be turned by hand in the event of engine failure.

Originally the design work on the swing bridge was carried out by the Yorkshire District Light Railways Syndicate of Leeds. However Mr FS Wheat the resident Engineer worked to the designs of W.J. Cudworth of the NER who in turn was under the supervision of Mr W MacDmalt of York, then the NER’s resident Engineer.

The bridge was built at a cost of some £20,000 by the Cleveland Bridge & Engineering Company Limited of Darlington.

These pictures, from a set of Magic Lantern Slides, show various stages during the construction of the Bridge. 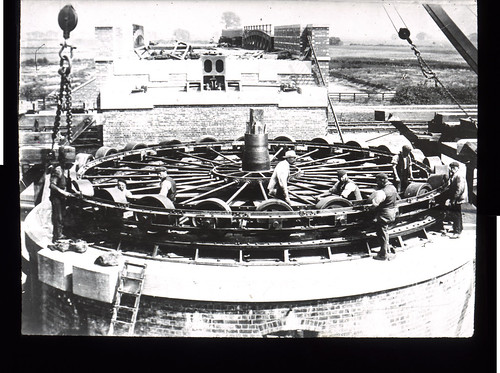 Crowle Railway Swing Bridge during construction. IN the background one can make out the railway lines of the GCR. 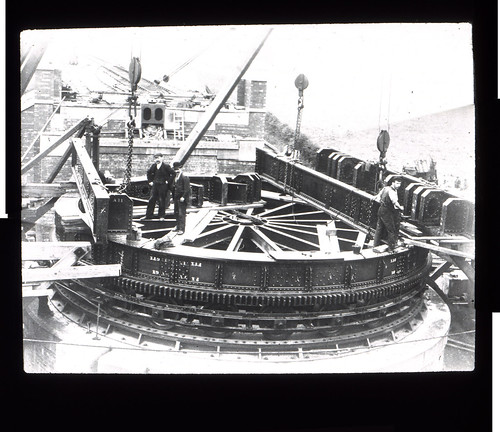 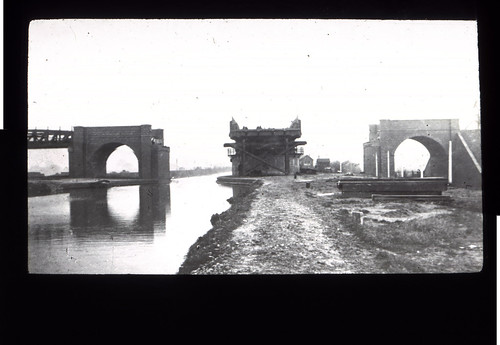 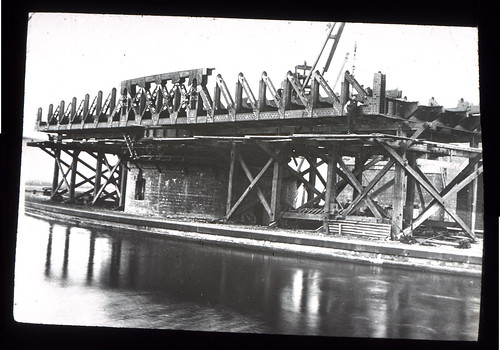