There were four separate mills on Mill Road and a further mill on Godknow Road. 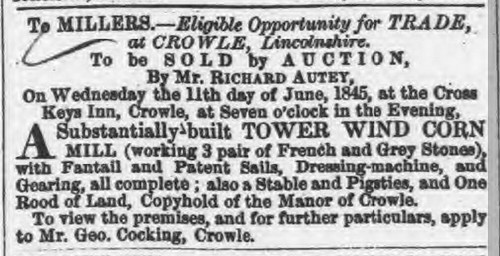 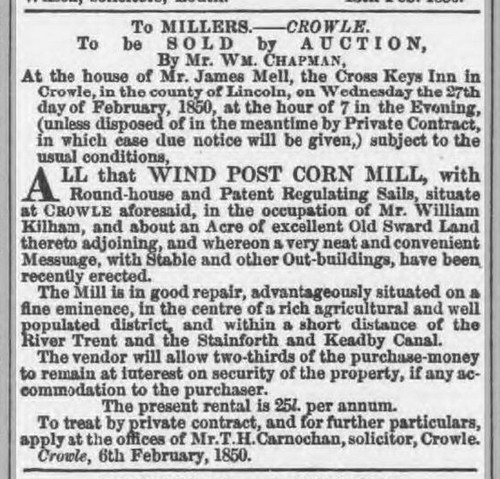 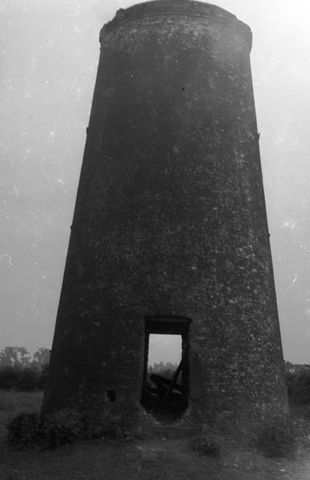 Creator: photographer : Muggeridge, Donald William, Mr., b.1918
Date: 31.5.1947
Description: Black and white negative and print made from it of South Mill, a tower mill in Crowle, Lincolnshire, taken on 31st May 1947, by which time it was capless.

Used by courtesy of the University of Kent. http://www.kent.ac.uk/library/specialcollections/mills/r.php/25131/show.html 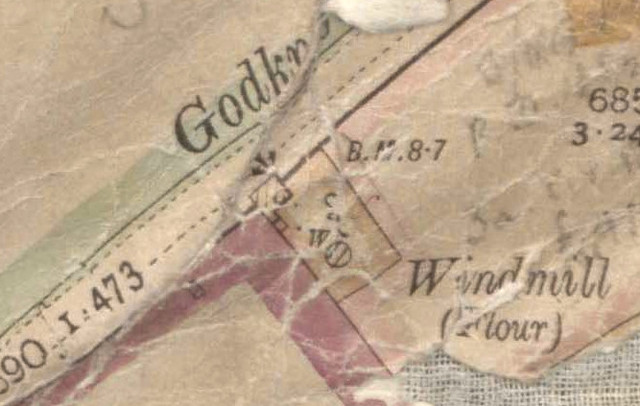 The 1738 Manorial Plan shows two mills on Mill Road – both at the top of the hill. One on the site of Kingsthorpe Villa and a second mill a short distance to the west of the mill. The mills were known as the East and West Mills.

At the time of the 1738 survey the mills were both the property of Mrs Barton, Parsonage Freehold – as distinct from the Vicarage.

This mill was located to the left of the road just before the Cemetery. A bungalow now occupies the site. The miller’s house still remains but uninhabited.

<1802 James Turner
1802 John Hind, of Epworth – Bought the mill from  Mr James Turner. https://crowle.org/?p=1281
1853 In 1853 the when it passed to Anderson and his brothers the mill is described as being a “Plot of land in Crowle field, marked as 42 on the enclosure map and known as Mill Close and also Brick Smock Corn windmill with Stable and Buildings”2. 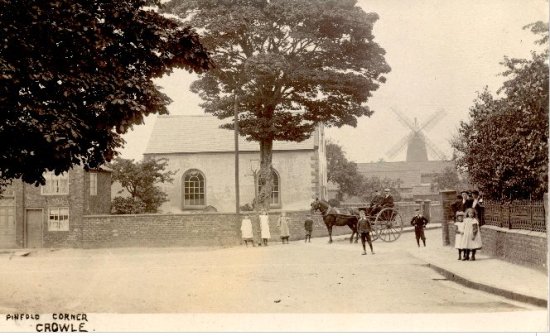 The wind mill can be seen in this photo of the Baptist chapel.

It appears that by 1921 this mill (though could possibly be another) was no longer in use as the following advert appeared in the Crowle Advertiser. 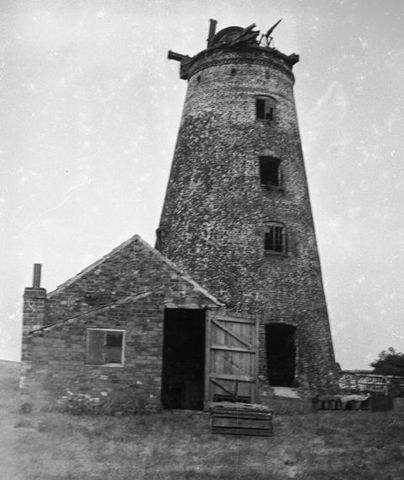 Creator: photographer : Muggeridge, Donald William, Mr., b.1918
Date: 31.5.1947
Description: Black and white negative and print made from it of a tower mill by the railway in Crowle, Lincolnshire, taken on 31st May 1947.

Used by courtesy of the University of Kent. http://www.kent.ac.uk/library/specialcollections/mills/r.php/25130/show.html

This was located on the left had side of the road just after the cemetery. 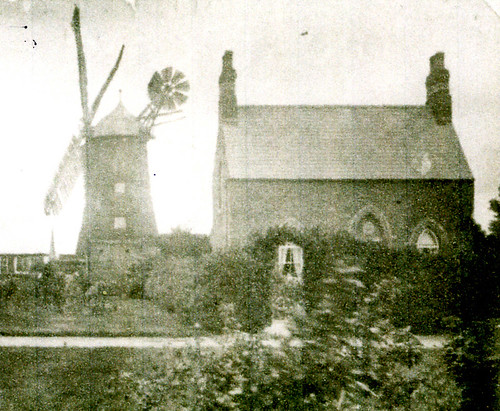 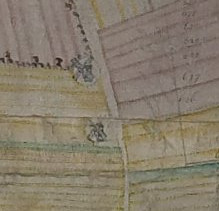 Windmills, Mill Road, 1738 Note North is to the left which is as the plan was drawn. At the time of the 1738 survey the mills were both the property of Mrs Barton, Parsonage Freehold – as distinct from the Vicarage.

Of the succession in real property of George William Couch of Gunness, farm servant, and Ada Sophia Hayes (wife of William Hayes of Crowle) upon the death of Sarah Couch on 19 Mar 1884, daughter of Thomas Couch – messuage or post corn windmill and 3r. 24p. of land called “West Mill” in Crowle, numbered 24 on the enclosure allotment plan, being partly freehold and partly copyhold, listing incumbrances of five legacies charged on the property.

This was located on the left hand side of the road at the top of the hill on the site of Kingsthorpe Villa. This was the second mill that was depicted on the Manorial Plan of 1738.

Summary of an abstract of title to the two mills was drawn up in 1839 for sale of the property by John Bentley to be sold to Mr David Holmes.

8 thoughts on “Wind Mills in Crowle”