An initial meeting held in 1849 to look at establishing a gas works in Crowle. Stamford Mercury – Friday 16 February 1849 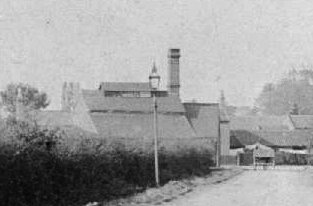 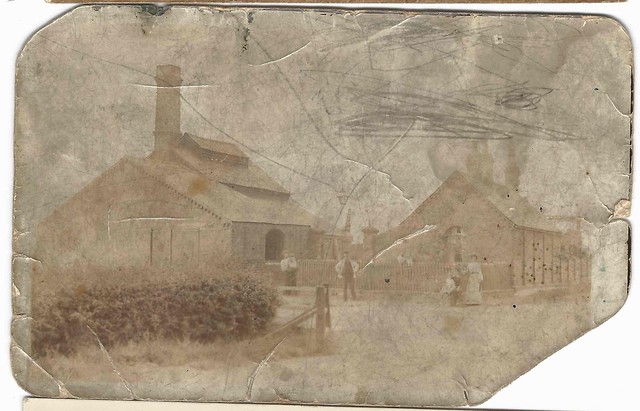 Based on information supplied by Avril Clarke (Turner)

The gas works was situated on the corner of Windsor Road and Marsh Road (the extension of Cross Street). The site is now covered by a new building – Windsor Lodge.

Avril’s father was the last manager of the gas works and wrote this whilst a student an North Axholme school in the 1960s.

It employed five men. Three on days and two on nights. one man had to collect the meters and one to maintain the lamps. It was opened in 1854 and closed in 1938. The gas works was used as main service after electricity was brought and it was closed down.

It was on the corner of Marsh Road and Windsor Road.

On a saturday morning in the 1930s people used to go for sacks of coke at 3d and 6d for a 4 stone bag. Tar was also sold at £1 for a forty gallon barrel.

A Crossely engine all the time the gas works was in existence. The purifiers were filled with Oxide of Iron to clean and purify the gas. There were eight retorts in the retort house.

Roughly 20-24 tons of coal a day was used in Winter. Each ton of coal was expected to produce approximately 16,000 cu. ft. of gas.

My interview was with Charles William Turner who was born in 1906 at Tuxford, Nottinghamshire. He married Mary and after various jobs he moved to Crowle, Lincolnshire to manage the Gas Works.

Although the move was only about forty-five miles in 1931 this was a great distance and effectively cut the couple off from their family. They had moved to a strange place, had a baby daughter and were labelled foreigners by the locals.

Charles is now ninety years old, a widdower and lives at a retirement home in Scunthorpe after suffering two strokes. He does however remain alert and reasonably active and likes nothing better than to reminise about the ‘good old days’.

When it was originally built in 1854 it used Lime to purify the gas, but later changed to Oxide of iron. This was spread onto wooden grids, and the process extracted the tar, which was sold at £1 for a forty gallon barrel. The tar was popular with local farmers for use in weather proofing buildings. The coke, which was another by product was also sold, usually to the less well off, at prices varying from 3d to 6d a bag depending on size.

Charles who moved there in 1931 to manage the works has many anecdotes to tell about the place. He remembers when he and his wife and baby daughter moved there they lived for a time in teh building that housed the Gas Showroom. There Mary would demonstrate how to use the various appliances that were sold, and he himself would refurbish the old ones and distribute them to the poor. This being the 1930’s and a time on depression there was a lot of poverty and pensioners used to down to the gas works to get warm because they had no means of heating their own houses.

Charles also told of the Irish itinerate workers who came over for the potato harvest and tried to use the Gas works as a free lodging place. This was eventually stopped because of stealing of food by a small minority of them. It was also partly achieved by the Police also using the Gas Works as a source of warmth on their night shifts at two in the morning. The Irish workers sooned learned that it was not a good place to be if you wanted an undisturbed nights sleep. Also on the subject of nights, a certain Mr Pottinger was so afraid of being left on his own at night that he used to tie a string across with tin cans on it so that he would know if anyone (or anything) was around.

The Gas Works employed five men, three on days and usually two on nights. This included the manager who had to work alongside the men if needed. The owner at the time was a Mr Merryman of Scrooby, Nottinghamshire, who also had another works at Tickhill.
Charles remembers how this Mr Merryman used to arrive unannounced at the works and if he felt the gas pressure was too high he used to open the air valves, thereby weakening the gas quality. This caused the businesses in Crowle to complain bitterly especialy the bakery and fish and chip shop. They used to contact the works and take down bread and cakes or fish and chips in return for the presure being kept high.

on really amusing incident occured when Mary hung out some washing with the line tied to the gasholder, not realising that as the holder filled up with gas the line would rise higher and higher. The outcome was that when she returned to take in her washing it was about ten feet in the air and she had to wait for the pressure to go down to retrieve it.

There were one hundred street lights to maintain and also in 1934 some floodlights were obtained from Bawtry Gas Company and St. Oswalds Church was flood lit for Christmas. Charles thinks that this was the only time it was ever done. Quite an achievement in those days.

The gas was supplied to households via a meter which needed either 1d or 1s in the slot to release the gas. All these meters had to be emptied and the householder was given a rebate of 1/3d for ebery £1 worth of gas used. on one occasion Charles was sent to empty meters in his Sunbeam motor cycle and side car and found the previous employee had put down meter removed on a good number of houses and was pocketing the money himself. Indeed some of teh meters were so full that no more money would fit in them. The business premises were issued with quarterly accounts and it would appear that quite a few of them needed a lot of chasing to settle these accounts.

At this time it was common for trades people to travel house to house selling their products. A fresh fish seller was a frequent visitor who used to pick up his fish at Crowle Wharf and then when he had finished his round used to dispose of his boxes and waste in the furnace. In return for this favour Charles and his family always had fresh fish. A similar arrangement was in operation with the Pikelet seller who used to give pikelets in return for cheaper coke for his ovens. It seems to have been quite widespread custom in those days to ‘you scratch my back and I’ll scratch yours’.

The Gas Works was refurbished in 1936 to try an compete with the new electricity but sadly it closed in 1937, unable to compete.

After the war ended we had no street lights, until around 1950, when electric light were attached, I think to the telegraph poles. I was told that this was due to a ten year contract being taken out with the gas works, the works went bankrupt and there was no money to pay for electricity. The reason for the bankruptcy was said to be the blackout, but if the works closed in 1938 or 37 this cannot have been so. Is there any other explanation?
Chippy Chapman who lived at 60 Wharf and I who lived at 42 Wharf Road, would be the last two of a gang of lads that had been to the Regal to see, Dracula, Frankenstein, The Werewolf, The Mummy etc. (Boris Karlov etc in all their Gory) walking home through the unlit streets. one by one the gang got smaller as the lads reached home, until the two of us reached Wharf Road, when invariably a brown owl started to hooting. In a state of panic we reached 42, when Chiipy would plead that I accompanied him to 60. No way!!! Would I stay at the gate till he got home? Chippy did that 100 yards in 5 seconds flat, if timed it would have been a permanent world record.
Bill Goldthorp.