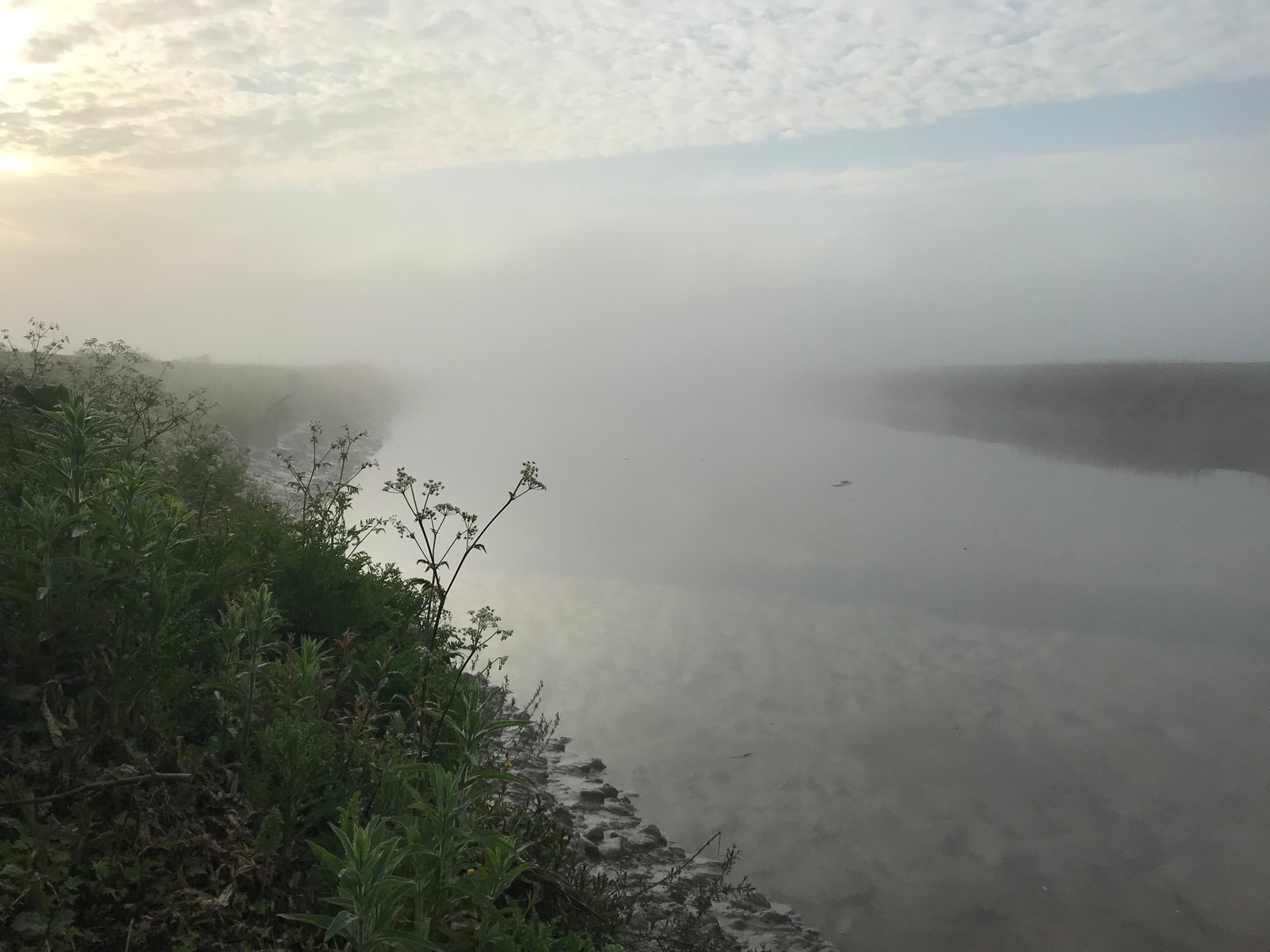 The prospects for a good Aegir were very poor – I had only predicted it as 2*. Not visible below Ewsters but quite good from Kelfield.

06:07 The Aegir was only visible as a nearly imperceptible ripple at the M180 bridge.

06:16 Nothing to be seen Just South of West Butterwick – only a change in river flow.

06:35 – Trent Aegir – Kelfield Drain Pumping Station. The Aegir was quite visible and could be heard well before it emerged from the early morning mist.