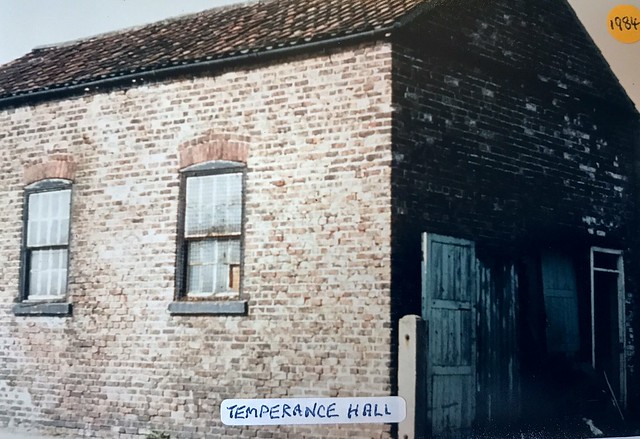 The temperance hall was located on Fieldside and was demolished in 1984. A bungalow, called Melody Lodge now stands on its site.

The deeds of the building that are now included with those of Melody Lodge provide some of its history.

In 1833 the trustees of the of the Wesleyan Sunday School acquired the copyhold property on Fieldside from Thomas Pettinger and his wife for the sum of £8.

The trustees at that time were;

Robert Foster, Daniel Tong, John Pearson, Thomas Foster & Edward Barley, all of Crowle and John Brown of Ealand. They were admitted to the Manor of Crowle according to the customs of the manor on payment of a 5/= fine.

The item reads ” All that parcel of land 75 sq yds or thereabouts adjoining the messuage or tenement occupied by Thomas Pettinger and staked out bounded on the N & W by other parts of the croft, on the E by the High Road. S by Mrs Laister, upon which a school for the benefit of the Wesleyan Methodist Society, was intended shortly to be erected, together with the right to have and hold by the Trustees and survivors and to persons as they should be appointed they examined by the Steward and admitted as tenants.”

The building must have been built shortly afterwards and it was still being used in 1863 when the manor court issued a warrant of seizure of the land and buildings because no declaration Deed of Trust had been placed before the Court since 1833.

The court and Trustees must have been a bit lax in their dealings to allow this to continue for 30 years, and then suddenly come up with this. Quite a bombshell. The Trustees had to go to the court of chancery in Lincoln with the chairman of the district to prove that a Deed of Settlement with appurtenances situated at Skircourt in Halifax, county of York and dated 10 Nov 1862 had indeed been made.

This was made by deed poll declaring that the Trust had been executed and as by this time, Robert Foster, Daniel Tong, John Pearson and Edward Barley had all died leaving John Bown and Thomas Foster, the produced an indenture of release made and expressed in 1832 between John Sutcliff, Thomas Firth, Samuel Naylor, John Fearby Sutcliff, Thomas Fox Sutcliffe, Charles Swallow, John Swallow, the younger, Samuel Morley, Joseph Garside, Accountant, Robert Wilson, William Farnell and Joseph Garside, Wood Turner, in the first part and Rev. George Marsden and John Brown in the second part.

These were acknowledged before Josiah Merrils. Commissioner for Oaths in Chancery and a stamp duty £1.15s.0d was paid.

This does not appear to be the end of t as in the following year in May, Thomas Foster who was a line merchant and John Brown, farmer, paid 5/= each to abstract the surrender of the tenancy from the court. A further set of Trustees were made as follows;

They were admitted as tenants on a fine of 5/=

In 1883 (the year after the new Wesleyan Sunday School opened on the corner of Fieldside and West Terrace) the Wesleyan Sunday School sold the buildings to Frederick Chapman and others on the 15 November with the consent of Rev. Charles Garrett, President of the Methodist Conference. A full and absolute surrender of the hereditaments and premises to the Manor Court and paid a fine of 5/= and were admitted as tenants. Paid £40.

The Temperance Hal sign can still be seen in the garden of Melody Lodge. 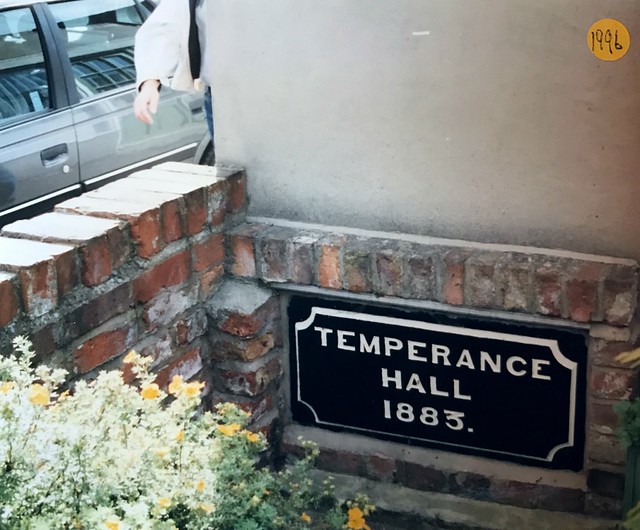 Thanks to Janice Ball for providing the background and photographs.