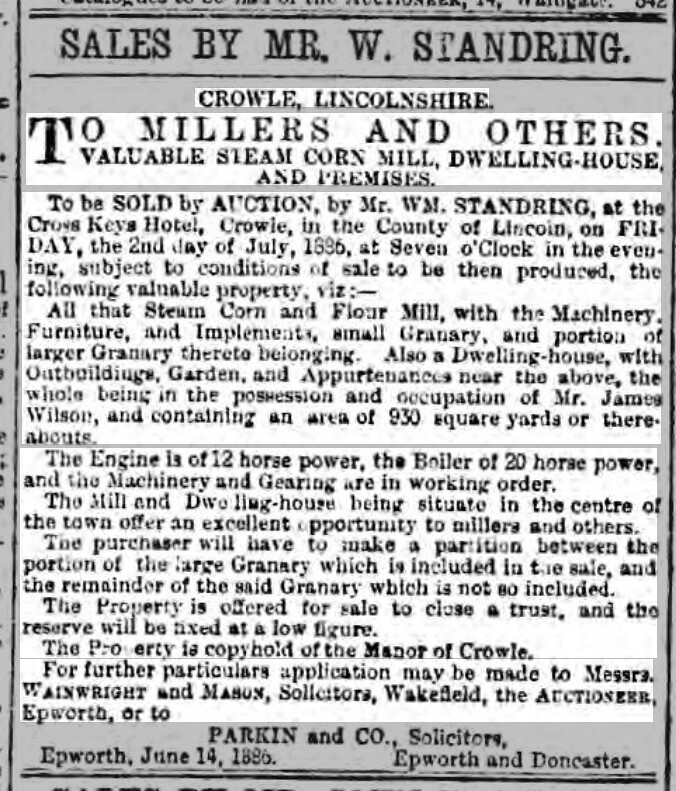 James Wilson appears to have been the first Miller;

The mill then appears to have passed into the Fillingham family, most likely by Elijah Fillingham, however he died in 1887 and the mill is shown as being operated by his wife Elizabeth in the 1889 directory.

It would appear that the conversion to the Primitive Methodist Manse took place in 1908/1909 as this is the first time a Primitive Methodist minister is shown as living in Bourne Villa;
1909 – Whites Directory – Eyre Rev William Alfred (Primitive methodist), Bourne Villa, Cross Street – Prior to this the ministers appeared to have lived on Vicarage Walk, although in 1905 Rev John Swales is listed as living on Gas Road. 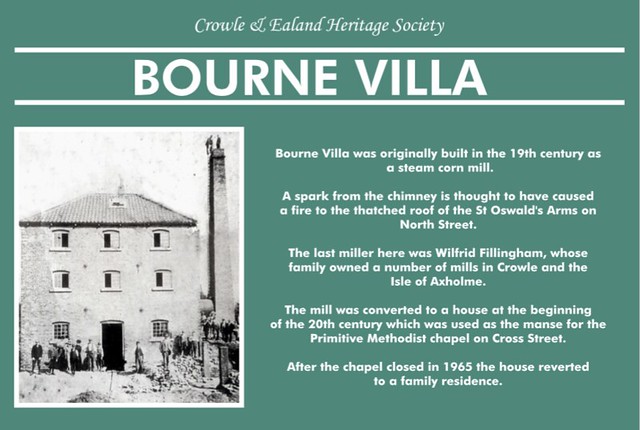