Thornton’s old farm house pulled down in the 1980’s.

Plaque on wall over the side door now on the rockery of bungalow on site states;

Built 1686 by Joseph Daniels for daughters Sarah and Mary.

During demolition thought to have been a tithe barn.

Beaucarrs Farmhouse on the 1738 Manorial Plan and Survey; 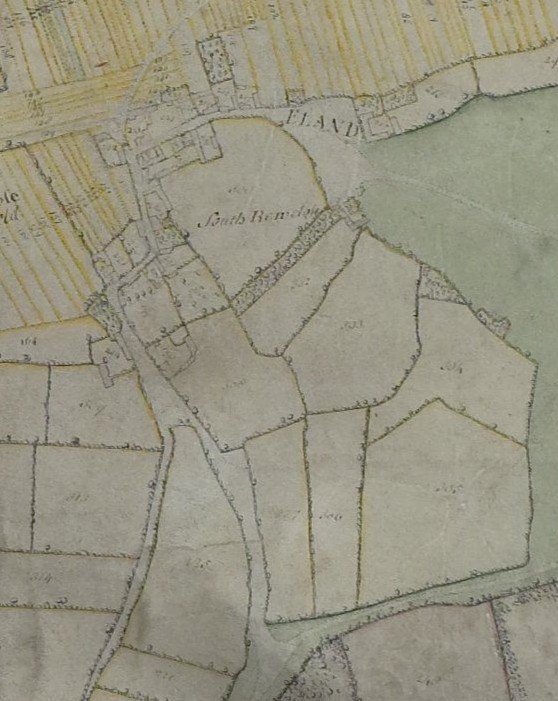 Ealand as depicted on the 1738 manorial plan. Note North is to the left of the image.

On the 1738 manorial plan the farmhouse is clearly seen as the first house on the left approaching Ealand from Crowle. This appears to be numbered 224 [The scan is not 100% clear and I will confirm on my next visit to Lincoln archives]. From the survey this property is desctibed as “A Messuage, House, Homestead, and Garden” of 1 Rood 28 Perches in size. The owner is Mr Joseph Hobson.